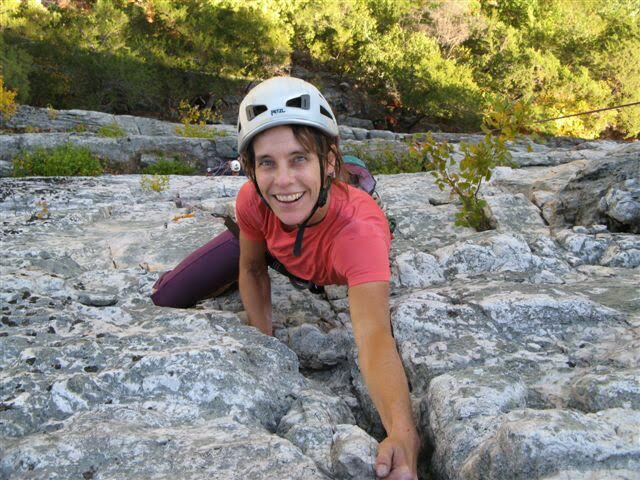 Diane knew she found herself in 1989 on her first climb, Mt. Rainier. This experience eventually led her to become a climbing instructor and co-owner of Seneca Rocks Climbing School. Diane tries to fit enough climbing, skiing, and running in between pushing a pencil (accounting type stuff) at SRCS, The Gendarme, Mountain Trails, and Fruit Hill Orchard, her family’s apple orchard operation in addition to being an instructor and guide at SRCS.

Diane has climbed on the east coast of Greenland and summited the three highest mountains there. She has been on two high altitude climbing expeditions to Nepal, Baruntse in 1993 and Ama Dablam in 1995. She and husband Arthur climbed on Illimani in Bolivia in 1996 and have made several trips to the western US.

Diane also enjoys climbing with the girls; on all-girl ventures she has climbed the Mirroir de’Argentine and the Dibona in the Alps, the Southwest ridge of Mt. Adamant in Canada, and attempted the Southwest Buttress on Denali.

Diane was also the first American female to cross Greenland’s icecap in 1998.

Diane is an AMGA certified Rock Instructor and holds a a Wilderness First Responder certification.